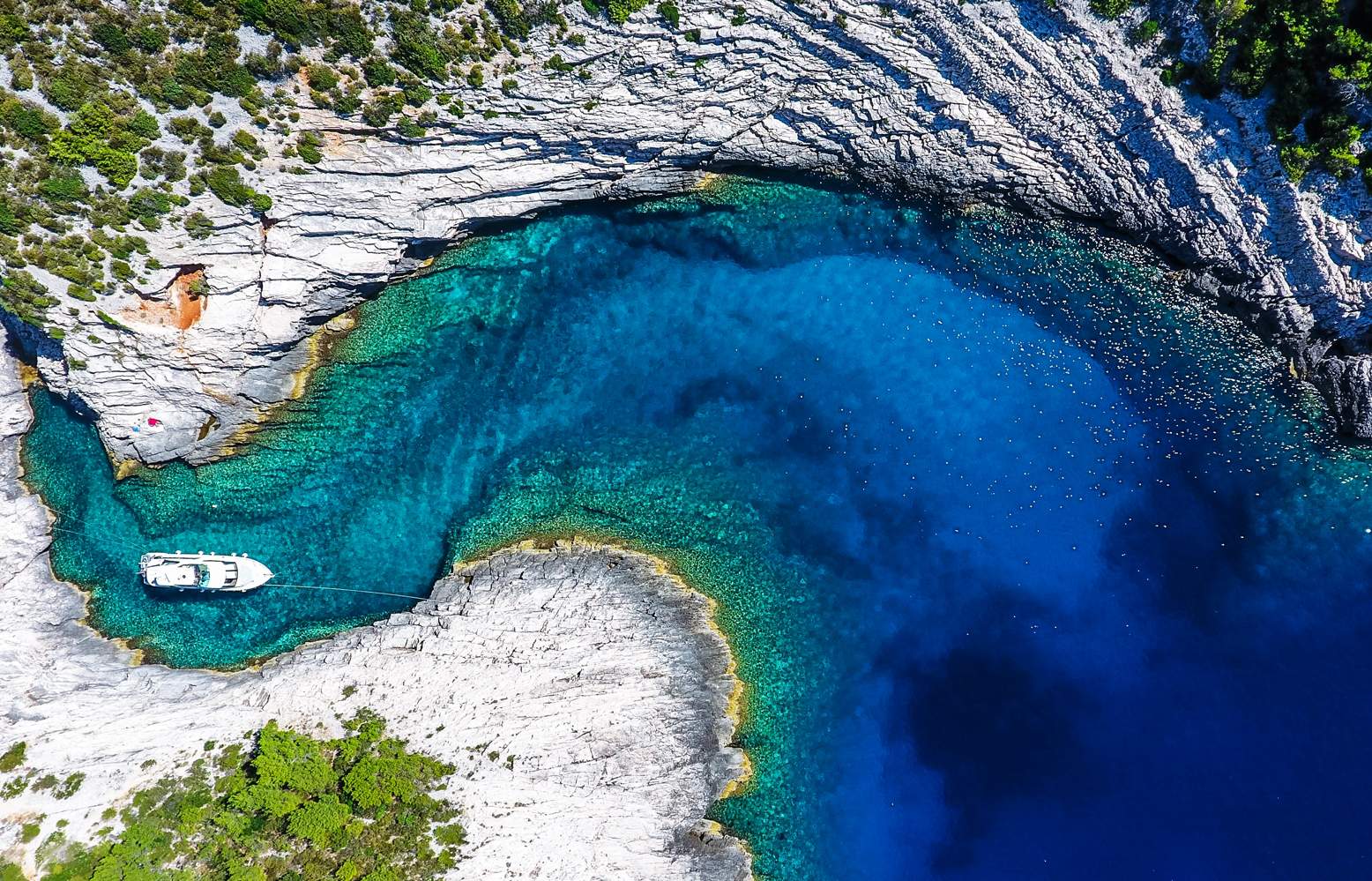 For many years, this island was strictly a military and naval base, and was actually closed to the public until 1989. Its late start to the tourism game makes it a serene and naturally beautiful destination that’s mostly escaped large commercial development. It’s the farthest inhabited island off the Croatian mainland — and there’s plenty to see and do.

1. Peek through the Stiniva Cove

Every vacation needs a beach day, and on Vis, we recommend going off the beaten path to Stiniva. This tiny stretch of sand is surrounded by a circular formation of high cliffs and exposes the sea through just a 10-meter gap. It’s something you’ve got to see to believe.

The highest point of Vis Island? Hum Mountain. You can’t quite get to the very top, but you can drive a trail to a lookout for views over Komiža. The vista includes Velebit, Pelješac, Lastovo, Jabuka, and Kornati way off in the distance.

3. Face off with a goddess

We’re talking about the goddess of Artemis — a bronze version of her, that is. A former 19th-century Austrian fortress now hosts a gallery of Croatian artifacts called Issa Archaeological Museum. The Artemis piece dates back to the 4th century BC.

As its name suggests, this club was formerly a fort built by the British in 1811. Above the entrance, you’ll find a stone homage to that in the form of a Union Jack. Its location at the island’s tip gives it a renowned view for sundown. Each July, Fort George hosts the closing party for the Destination Ultra music festival.

5. Dive down to the Flying Fortress

The so-called Flying Fortress is a plane that crashed and settled under water in November 1944 over Cape Polivalo. Today, Vis’ crystal clear waters (thanks to little underwater activity until just recently) provide a perfect vantage point to see the wreck. Learn more about Sucba Diving in Croatia here!

For the traveler that’s always looking for a good hike to kick off their day, Red Rocks has more than a dozen trails for all types of hikers. The more daring among you can even try abseiling (rappelling) off the rocks.

Marshal Tito was a military leader in WWII, and from June to October 1944, his headquarters was a rock shelter in Komiža, now known as Tito’s Cave. There, he took cover with advisors and allies and orchestrated his next moves.

The franchise sequel, Mamma Mia! Here We Go Again was filmed, believe it or not, right here on the island of Vis. During the summer of 2017, the likes of Dominic Cooper, Pierce Brosnan, and Julie Walters flocked around the island, shooting in Komiza, at Barjoska Bay, and in Stiniva Bay, with locals being pulled in as extras. Imagine what it might have been like that summer as you visit those locations.

9. Make a trip to the Blue Cave

Blue Cave is an hour away from Vis, in Bisevo, but it’s considered one of the island’s top tourist attractions. The small window of time between 11 am and noon is the absolute best time to visit, as that’s when the sun’s rays create a striking blue light reflection off the water.

10. Take in a flick at the outdoor cinema

The island’s outdoor cinema is a popular attraction during the warmest months and a summer tradition for locals. Sit under the stars and take in a Hollywood favorite on the big screen.

Vis, here we come! Browse all THE STELLA vacation rentals in Croatia to make your move. Before catching a flight, check out Vis’ official tourist board website for more inspiration.

Next, read up on these Top 10 Things to Do in Omiš and our Top 10 Reasons to Visit Vis! 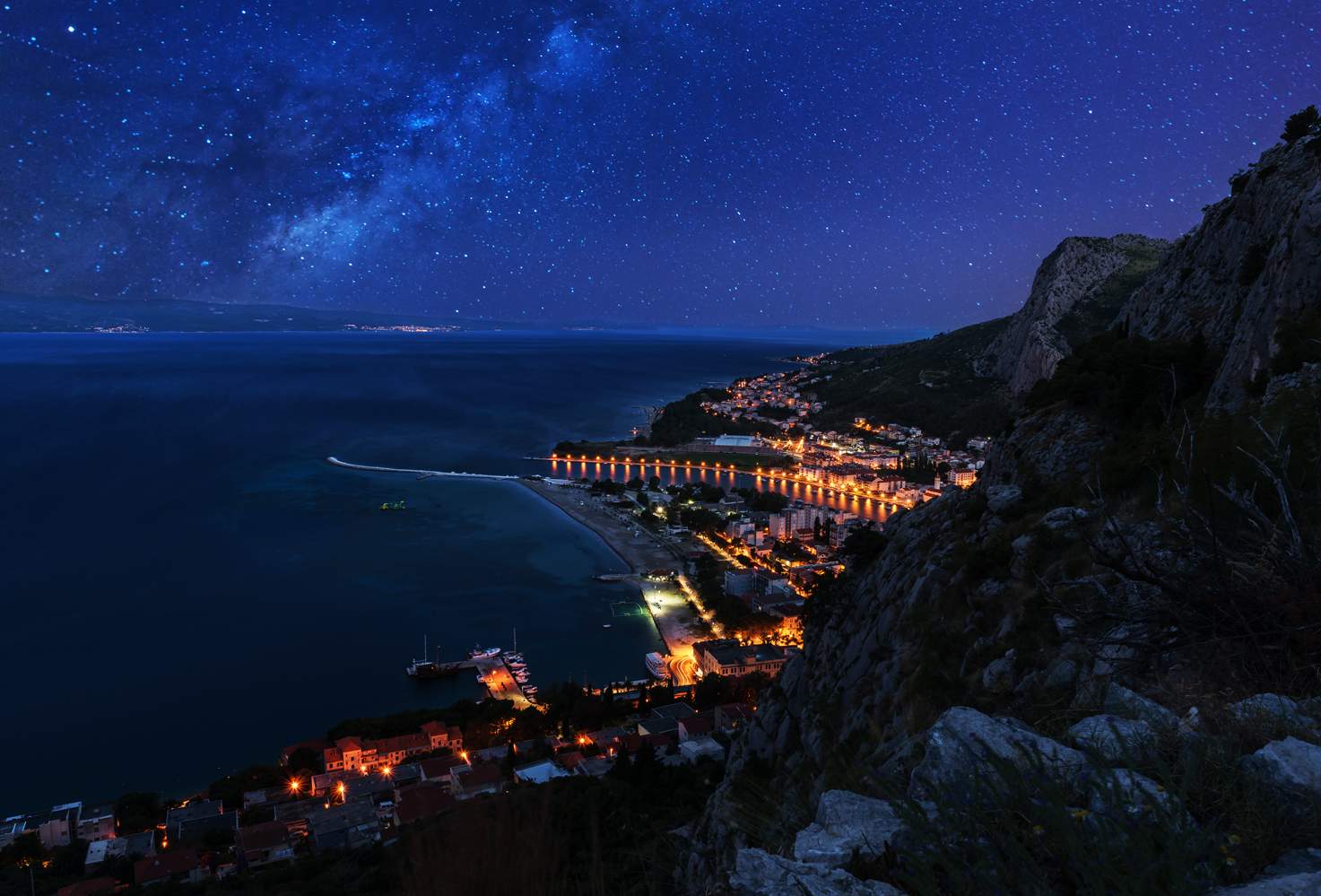 Top 10 Things to Do in Omiš

Top 10 Things to Do in Omiš